That song is on again. The one with the delicious young man whose thumping backbeat promises that tonight he's woooooooooooo-ing me and for four minutes I've forgotten I'm a middle-aged mother of five. A smokin' hot middle-aged mother of five, mind you, but nevertheless out of his demographic. That jolts me back into remembering Jesse Petersen's meme on Guilty Pleasures so I'm revealing my top five. There are more, indeed, but this is a family-friendly blog.  ;)

#5: Enrique Iglesias. Okay, so he's not his panty-waving father and I can't tell you how happy I am not to get squicked out by the sight of that old man on the news anymore making eyes at Willie Nelson during a concert. I'll take the younger version, thank you very mucho. I don't care if his lyrics are uninspired, trite or overly sexual. Sign me up, mama liiiiiiiiiiikes.

#4: Haggis. Not everyone's cup of sheep intestine tea, I love the stuff. While in college, I spent a summer living in the lowlands of Scotland and the B&B owner I stayed with in Dundee took me round town to try every version of the dish. Fried, baked, boiled, you name it - I tried it. My favorite way, however, was while staying with friends in Kirkcudbright where we had a traditional haggis complete with toast to Burns, neeps and tatties, and lighting the thing. Glorious!

#3: Facebook. You love it or you hate it but it's punctured my social life and now I can't go long without it. I've made amazing friends, found new ways to get into mischief and look forward to using it as a future tool for world domination.

#2: Anchorman. I hate this film. I hate it so much that I've seen it over twenty times and can recite the silly thing as easily as I can a Python sketch. What is it about the train wrecks called Will Ferrell movies that make me so addicted? My slight attraction to Vince Vaughn or that I can't get enough Sex Panther? It's not pretty to admit, but there it is. I love lamp.

#1: Celebrity Apprentice. Oh the shame of saying that outloud. While the Donald is seriously on my nerves this season, I can't get enough of self-serving whiny B-list celebrities who fall apart over a lack of donuts. I think they should have crowned Bret Michaels Celeb Apprentice for Life if nothing else but to possibly catch a tantalizing glimpse of hairplugs under the bandana. This year's crop of narcissists have the Meh Factor, but there's enough butt kissing to counteract Trump's assertion that if you don't vote for him for president, you're stupid. Nice slogan, knucklehead.

Add comment
Load more...
Newer Post Older Post Home
Subscribe to: Post Comments (Atom)
Associate agent for Red Sofa Literary, freelance editor, and the author of four books and a rag-tag collection of short stories. You can currently find me scaring the pants off of readers with my latest book, Haunted Stuff: Demonic Dolls, Screaming Skulls, and Other Creepy Collectibles. I intend on returning the pants at a later date.

Self-publishing or getting ready to query agents? Affordable, quality editing for your manuscript plus an agent's eye on queries and book proposals.

"Just the sort of thing you'd expect to find on Ozzy Osbourne's nightstand" -- LA Times. Pick up your copy today! 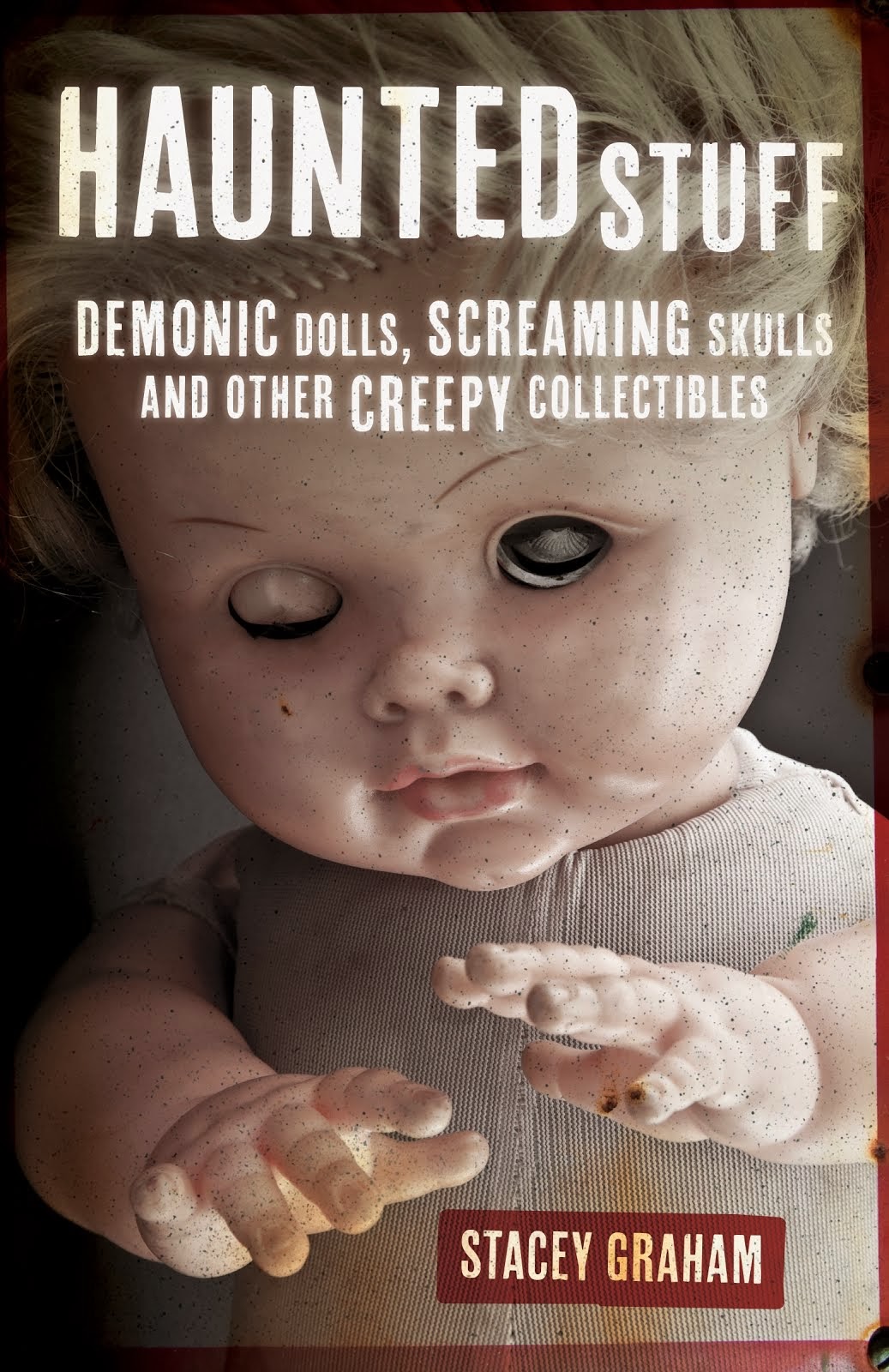